Dr. Mitchell R. Cooper was born and raised in the “windy city” of Chicago, IL. He received his Doctor of Dental Surgery (D.D.S.) degree from the University of Oklahoma. After practicing dentistry in Chicago, Dr. Cooper and his family relocated to Scottsdale, AZ. It was at this time during 2004 that Dr. Cooper founded Grayhawk Dental Associates and developed the practice into the comfortable, welcoming, and state-of-the-art facility that it is today. 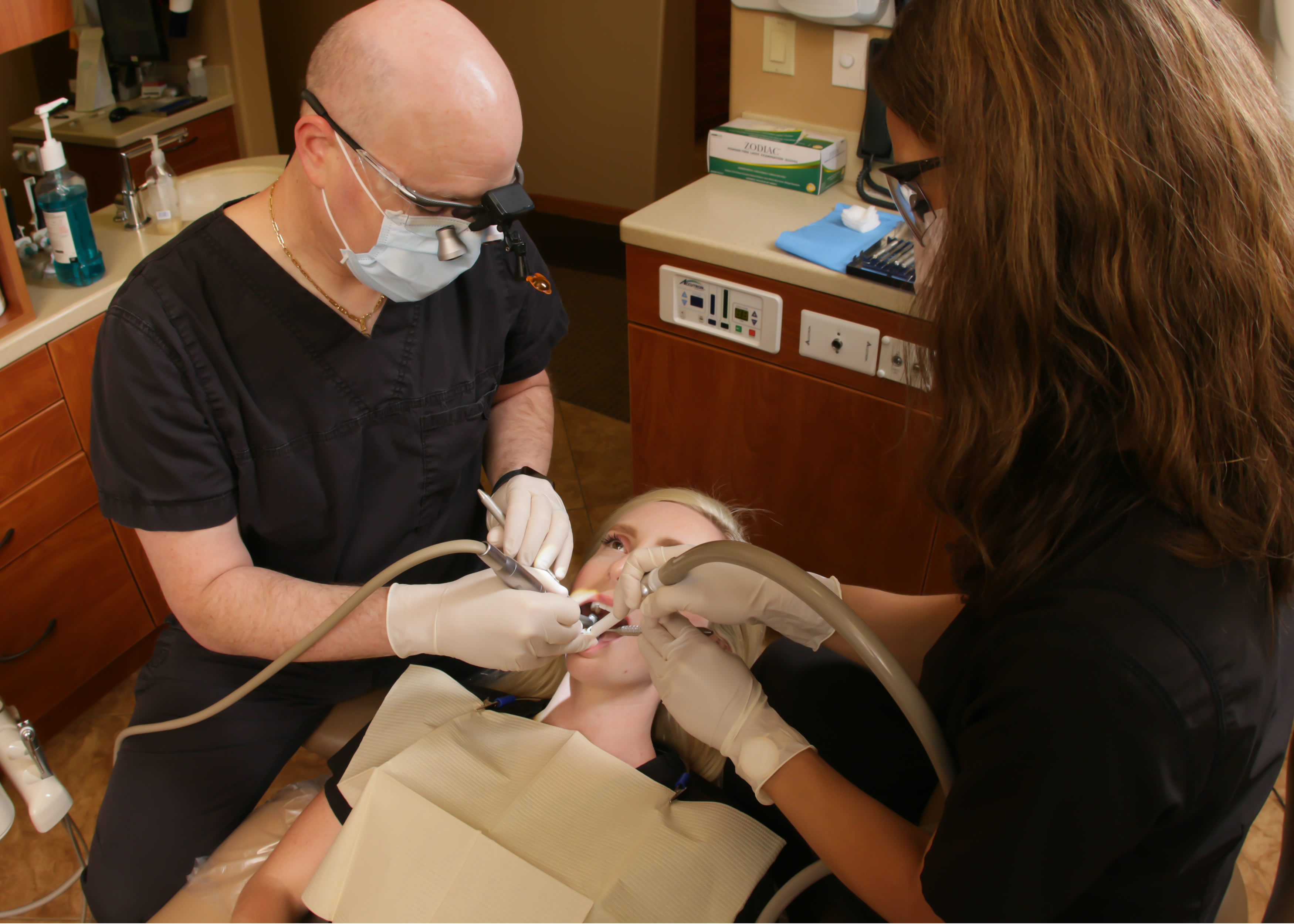 Dr. Cooper believes in giving 110% effort. He never leaves his practice until everyone with a dental problem is treated.

A PASSION FOR EXCELLENCE

You’ll be hard pressed to find a dentist who is more passionate about their work than Dr. Cooper. From a very young age, Dr. Cooper’s mother recognized that he had great dexterity, a desire to care for others, an interest in fixing what was broken, and a desire to create. It is for these reasons that she encouraged Dr. Cooper to become a dentist, and her intuition about the best profession for her son could not have been better.

While Dr. Cooper went to dental school not knowing exactly what to expect, he absolutely loved it from day one and has never looked back ever since. Being a dentist enables him to serve, better the local community, get people out of pain, and give patients a reason to smile. Smile makeovers are one of Dr. Cooper’s favorite areas of dentistry, as he has observed that restoring a person’s smile also restores their self-confidence simultaneously. One of Dr. Cooper’s most rewarding, yet heart-wrenching, moments of being a dentist involves caring for a patient who had been severely beaten. Her remaining teeth were shattered, but he was still able to restore her smile very carefully and strategically. The experience of seeing the patient smile after everything she had experienced was truly priceless.

Dr. Cooper’s skills in the field of dentistry are extensive. Whether you are interested in routine dental care or find yourself in need of a full mouth restoration following an accident or traumatic event, Dr. Cooper has the knowledge and expertise to care for you in his North Scottsdale practice.

As a very personable dentist with excellent communication skills, Dr. Cooper is able to calm dental fears, reassure patients, and provide all of his services with a gentle touch. Dr. Cooper’s specialties include all of the following...

Dr. Cooper lives with his wonderful wife and three children in Scottsdale, AZ. He is a very devoted husband and father.

Dr. Cooper also adamantly believes in giving back to the community that his family calls home. For this reason, he is involved in numerous civic activities and regularly donates his time as a volunteer for various causes.

Get to know All of us

We are passionate dental professionals who come together as a team to ensure that your visit to our practice is exceptional in every way. We hope you’ll decide to experience the difference that we have to offer.

Meet Our Team
Schedule An Appointment

Get to know Dr Cooper